Nothing beats driftwood in recreating a natural environment. There is just something different about the scene created with it in the tank than without. Rocks and sand do just fine but adding driftwood to the design just takes it to a whole new different level. 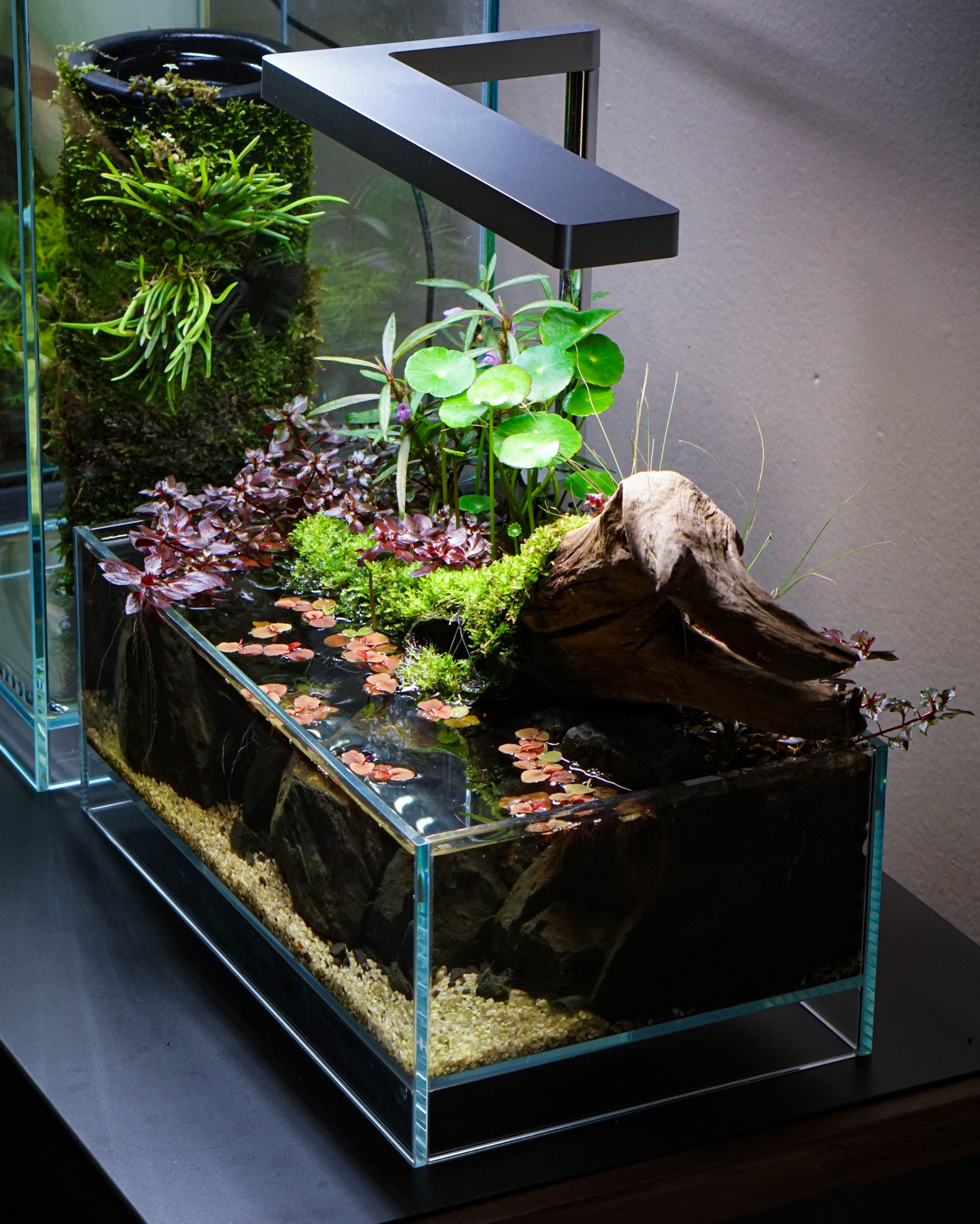 Many picturesque freshwater aquariums, more than half in fact involve driftwood in their design. The scene just seems softer and more natural. It is not that difficult to work with in the layout either. It is no wonder why most hobbyist would incorporate aquarium driftwood in their tanks. Apart from the marine ecosystem, it seems we unconsciously associate driftwood with most aquatic environments we tend to create or imagine. Maybe because most rivers, streams and lakes we see will oftentimes have pieces of wood floating around or scattered all over the substrate. Riverbanks also tend to have huge trees with their roots sticking out. The things we see are what we imitate. There is a price to pay for having a beautiful driftwood in the home aquarium though. This piece of hardscape is by far the most difficult to prepare among the known hardscapes for the aquarium hobby. It becomes laborious and time consuming if it needs to be done right. The prices that the stores sell these things for would be truly justified as often the wood available in the stores are imported or often times collected from remote areas.

Not all types of wood or driftwood can be used in the aquarium. Some species of wood are just too soft that it would literally decompose in a matter of months. Some do leach out toxins into the water if not prepared correctly. Others will leach out tannins for almost a year making it impossible to have crystal clear water. While this may not be a problem because of the available chemical filters that are out in the market, it is best to stay away from these nonetheless.

Driftwood can be classified into 2 types of wood. The floaters and the sinkers.

Floaters are those wood that when dry would generally float in water. These types of wood are much lighter and would gradually rot and break down in the tank. It may take anywhere from a few months to a couple of years.

These are the types of wood that when collected from the wild should be soaked for a few weeks before it can be used in the tank. They easily become waterlogged though and would usually be ready to use in a matter of weeks. They release a lot more tannins that the sinkers usually do. That is not to say that they cannot be used in the aquarium. It all depends on the beauty of the wood.

The second type of wood that can be used in the aquarium sink to the bottom even when bone dry. Ironwood would be the most famous of wood to site as an example. These types are just so heavy and dense. Most species of Ironwood hardly release any tannins and are hardly noticeable if they ever do. Preparing these types of wood are easier. Sinkers more specifically Ironwood are what professional aquascapers often use in their layouts. 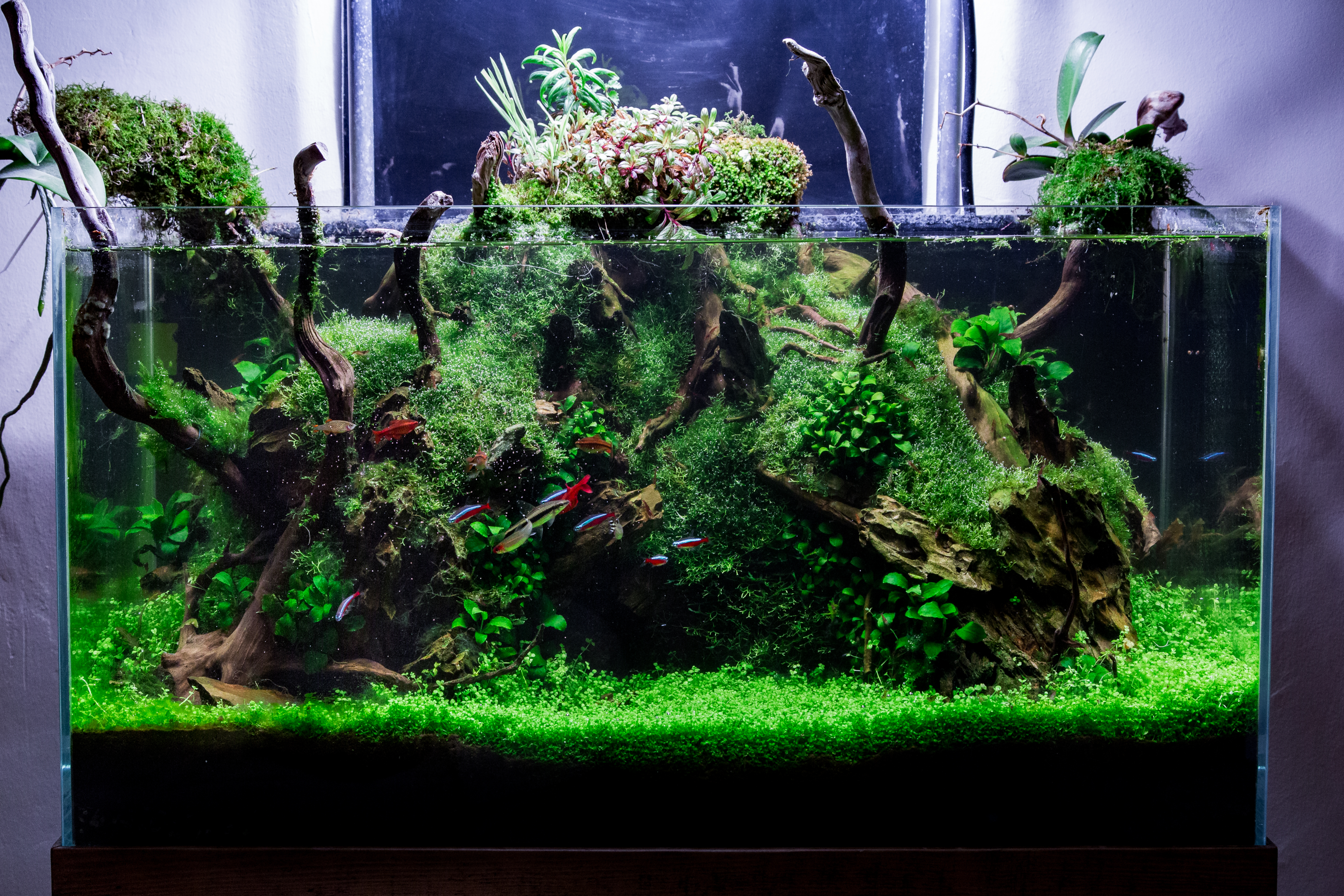 Nowadays, aquarium driftwood is readily available in most pet shops and aquascaping stores. These are already clean for the customer although it would not hurt to thoroughly rinse them again before putting them in the aquarium.

There are many types of driftwood in aquarium business, for example Manzanita driftwood, Spider wood, Ironwood, Mopani wood and Malaysian driftwood.

Collecting Driftwood from the wild

Collecting driftwood pieces from the wild involves a lengthy, arduous process. Some greater pieces are in fact not driftwood at all if the true meaning of the word is to be followed. They were not found drifting in bodies of water or the sea but in fact were collected inland. Manzanita driftwood, a small yet very good piece of wood for decorative purposes is often collected inland throughout the United States, i.a. Southwest United States and Oregon. It’s gnarly branches often gives it a very aged look which is perfect for creating an underwater aquascape. The wood is also quite small compared to other types of driftwood. The plants that produce this type of wood is not classified as a tree but in fact a shrub.

Collecting dead roots from trees near rivers and streams would also be a good option. Roots oftentimes are good in recreating a riverbank ecosystem. Spider wood is mostly comprised of twisted roots from small trees. Do not cut live branches or roots just for this. Not only is it unethical, it will also involve a very lengthy process of having to clean, leach out tannins and dry out the wood which could take months.

As much as possible, refrain from collecting driftwood from beaches or the sea. These may have already absorbed salts which would affect the tanks water chemistry and there is no definite way of telling as to how long those salts would leach out of the wood.

Given that the wood has already been collected, the next step would be to clean the wood. True driftwood or wood collected from moist or damp places will oftentimes harbor unwanted pests, disease or parasites. Leaving it in the sun to dry is often a good idea to get rid of these. Boiling it for a few hours will kill these parasites as well.

Wash them and scrub off any soil or unwanted bark or decaying pieces. Do not wash them with bleach if possible. Oftentimes bleach if not rinsed off properly will be disastrous in the aquarium.

Soaking them for a few weeks to leach out tannins is often done. Wood, especially the ones that were collected dry, when applied to the aquarium right away will trigger bacterial bloom. This is the white slime that coats driftwood in aquatic life. If could also affect the water quality as well. Some really bad bacterial blooms would render the aquarium water very cloudy. They are not directly harmful to the plants and fauna of the aquarium though. Some fish and shrimp often nibble on them. But should anything happen to the water chemistry it would trigger a die off of these bacteria and dead things in the aquarium water is always bad. 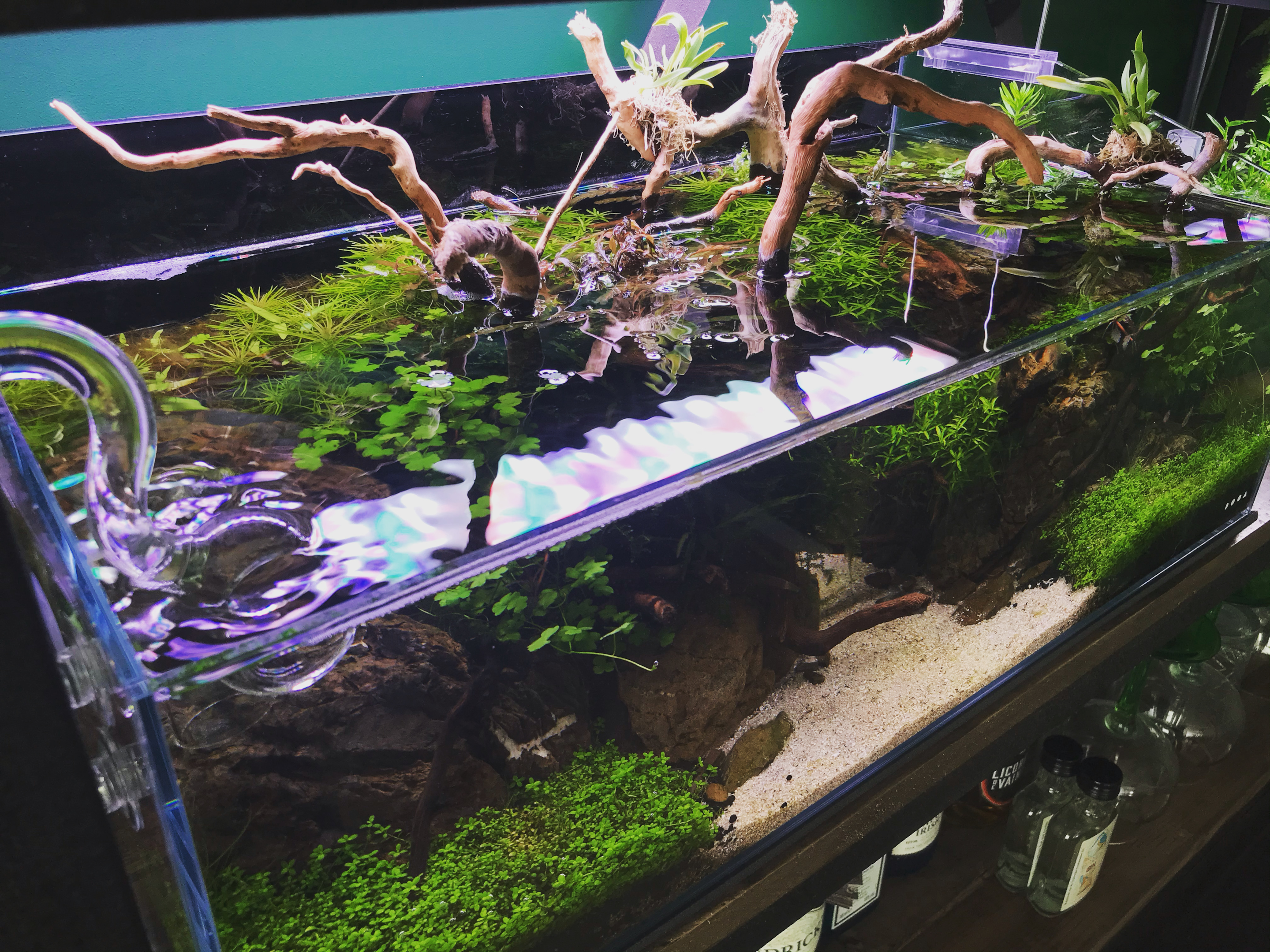 The Dark Start method should help solve this issue.

The Dark Start method means starting up the tank without the lights, fish and live plants. After hardscape is put in place, let the filtration run for about three weeks. This should be enough for the biological filtration to be established. This phase should give time for the driftwood’s tannins to leach out before the aquarium is planted. It will also minimize algae and bacterial bloom. Another advantage of this method is that it will also allow ammonia and other compounds to leach out of the soil, wood and rocks.

Driftwood is not only used for aesthetics in the freshwater aquarium. Tannins coming from them are generally very beneficial to the fish. Driftwood will also be a good hiding spots for the shyer specimens of fish. Most experienced hobbyists will testify that fish will behave differently if the aquarium is provided with rocks, substrate, live plants and driftwood. They tend to exhibit spawning and other behaviors a lot faster than when they are in bare bottom aquarium. They will noticeably exhibit a bit more exuberance. If the tank is provided with the fish’ natural habitat or something close to it, the fish will overall be healthier and happier-which is the whole point of this task. :)