This hobby is not the easiest hobby in the world. A lot can go wrong and they often do.  There are dozens to consider and even the most experienced of experts will not get it right all the time. Unfortunately, “not getting it right” could mean fish death or disease. It is really important to know what can be done if something does go wrong and of equal importance is to know what caused the problem at the first place. This list is compiled as an “Aquarium First Aid Kit”. This list contains things that would come in handy in emergency circumstances. 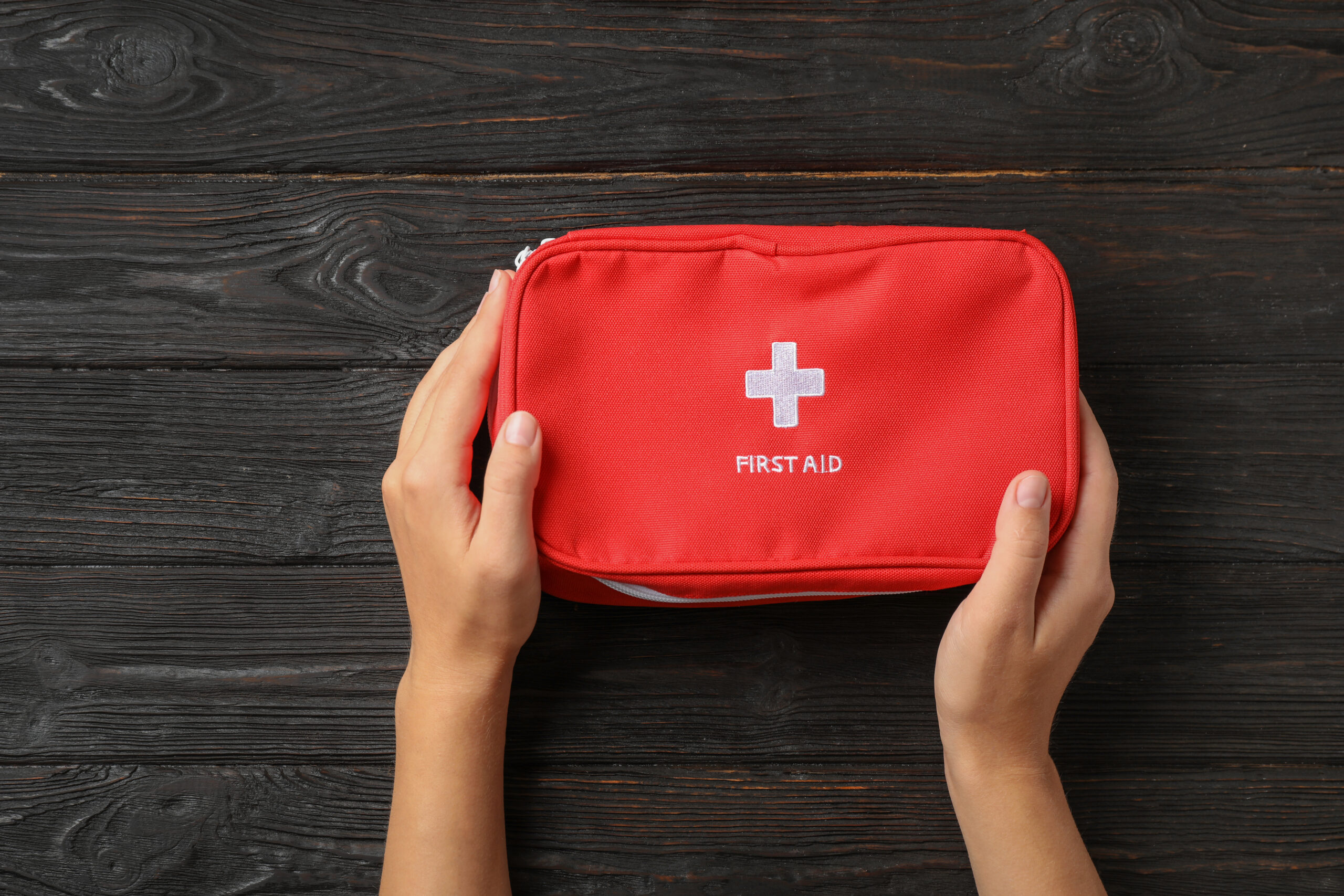 Keep a basic water test kit. Determining the water quality is essential not only in correcting a problem but in preventing a problem. The test kit should consist of Ammonia, Nitrite and Nitrate tests. The presence of Ammonia in the tank should not be tolerated at any amount. The same can be said with Nitrites as these are the two primary killers in the aquarium hobby. High levels of Nitrates can cause problems as well so determining the levels of these three components is very essential and basic. Immediate water change is the remedy when Ammonia and Nitrites are detected in the tank. Do not let it rise to levels that could kill the fish. 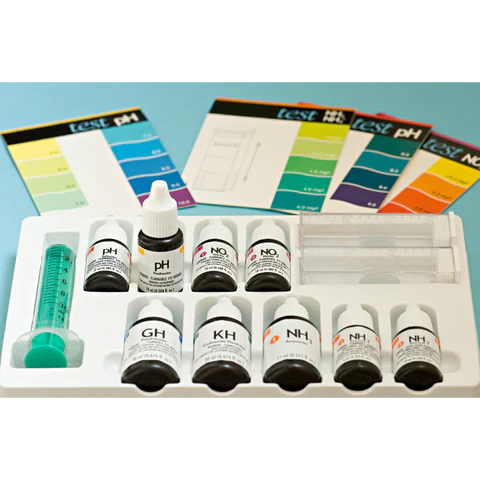 Keeping a pH meter can also come in handy specially for pH sensitive species. They come either in  the liquid test or the digital meter. Either way should give out a general overview of the tank’s acidity. Make sure to calibrate the Digital pH meter before use.

Keeping a TDS meter is more for prevention than a first aid. TDS stands for Total Dissolved Solids. This meter will give you an idea of the concentration of the dissolved solids in the water. In some ways this device can help you determine the hardness or softness of the water.  As most solids that get dissolved are Calcium and Magnesium, the same elements that make the water hard, readings below 150 are generally considered on the soft water side and readings above it fall on the hard water side. This fact can be applied in testing the new water. It can also help you determine how dirty the actual tank water is as Nitrates and Phosphates will also make higher TDS readings in old tank water.

Sodium Chloride is a very effective stress reliever for the fish. It can also act as an antibiotic and for parasitic infections. A Salt bath can be a very effective first aid for some stress related problems like fungal infections and bacterial infections. It can also be effective against parasitic infections. Most organisms that cause fish disease thrive in freshwater and would generally be affected with large amounts of salts faster than the fish would be. It is therefore very effective to dip the fish in water with high concentrations of salt. This method can kill the pathogens right away. Make sure it will not last for more than a few minutes though.  Make sure to remove the fish before it can have permanent damage from the high concentration of salt. Do not perform a Sodium Chloride salt bath for fish with Dropsy, salt makes the body retain fluids which is what we are trying to avoid in Dropsy.

In small amounts, aquarium salt can be added each water change to function as a stress reliever, pH buffer and an all-around antibiotic.  Just a word of caution; never use iodized table salt.   Rock salt and/ or sea salt should do just fine. Some plants like Anubias and Java fern can tolerate salt to a certain extent. Most aquatic plants though will likely die if salt is present in the water.

Magnesium/Epsom salt can be an effective treatment for constipation and a number of ailments as well. Some have included an Epsom Salt bath as part of the treatment for Dropsy. Epsom Salt will act as a muscle relaxant and will help the fish relieve itself of the fluid buildup.  It can relieve swelling.

This is one of the oldest and most effective treatments for fish disease. This is a mild antibacterial and anti-fungal medication commonly used in fish farms and breeding facilities. It can kill bacteria, fungus and protozoans if applied in the right amounts. It can be an effective cure for fin rot and the more common diseases caused by bacteria and fungus. Breeding facilities often do this mildly to protect eggs from getting fungus. It is commonly used as an overall disinfectant. There are no side effects on the fish and can rarely kill them. It will decimate the nitrifying bacteria though so applying this in a mature tank would mean a set back on the nitrogen cycle. It is best to put the affected fish in a hospital tank or an isolation tank so as not to affect the nitrifying bacteria in the filter of the main tank.

Many would consider this as a first aid kit. An air stone placed in the water could create high water movement and ensure gas exchange making sure that the water is rich in oxygen. Fish suffering from ailments would often have difficulty breathing and would greatly benefit from oxygen rich water. This is a very effective first aid against Ammonia and Nitrite poisoning. Ammonia affects the gills making it difficult for fish to breath. Placing an air stone while changing the water of the tank will greatly increase the fish’s chances of survival.  Oxygen rich water is also a good way to keep anaerobic bacteria in check so an air pump is not only an effective first aid kit but a good method for prevention as well.

Many hobbyists keep battery operated air pumps to be used just in case of long-term power failures and malfunctions of the main pump. Power failures or blackouts could be disastrous to a tank as lack of water flow and surface agitation would mean there will be no gas exchange and the fish, especially in overcrowded tanks could consume the water’s oxygen supply really fast.

Stocking water is a good practice. New water from the tap could contain chlorines and chloramines which are harmful to fish. These can be removed by anti-chlorines which are sold in the shops but chlorine is not the only element present in tap water that could be harmful to the fish. Water from the tap could also be super saturated with gas and this will kill fish in a matter of minutes. Gas supersaturation is the result of too much water pressure without surface agitation for the excess gas to escape. To remove all of these, stock water in a container and let it sit for a few days before performing the water changes. It is therefore a very good practice to always have water that is ready to be put in the tank.

Keeping a smaller aquarium aside from the main tank is one of the most important first aid kits one can have.  This is a must have in this hobby. A lot of newbies find this impractical and unnecessary but this is very essential. Having a spare aquarium to be used as a hospital tank or a quarantine tank will save you a ton of effort and money in the long run not to mention it will save the lives not only of the new fish but the old fish as well.  Observing proper quarantine procedures is a necessity when new fish are to be brought in.  Oftentimes infected fish will show symptoms within one week so keeping it isolated from the main tank during this period would mean not risking contamination of all the fish. Isolating an infected fish works by not only preventing the spread of the disease but by also allowing the infected fish to recover without being harassed by the rest of the school.

Fish keeping is not as easy as it looks. It requires dedication and having these things on the list would determine the success of the fish keeping venture. It may be difficult with a lot of work and investment but the reward is well worth it all.