Betta splendens, or Siamese fighting fish are probably one of the most popular ornamental fish or even pets chosen by kids and their parents in general because they are relatively simple to breed. Certainly the most unique and recognizable features of this fish that have spread around the world are vivid coloration, aggressive male bettas and minimalist jar-type tanks which they are usually kept in. Colorfulness is undoubtedly a very true thing that we can see on our own eyes but are they really dangerous to other fish and does a 0,5 gallon bowl suit its need? 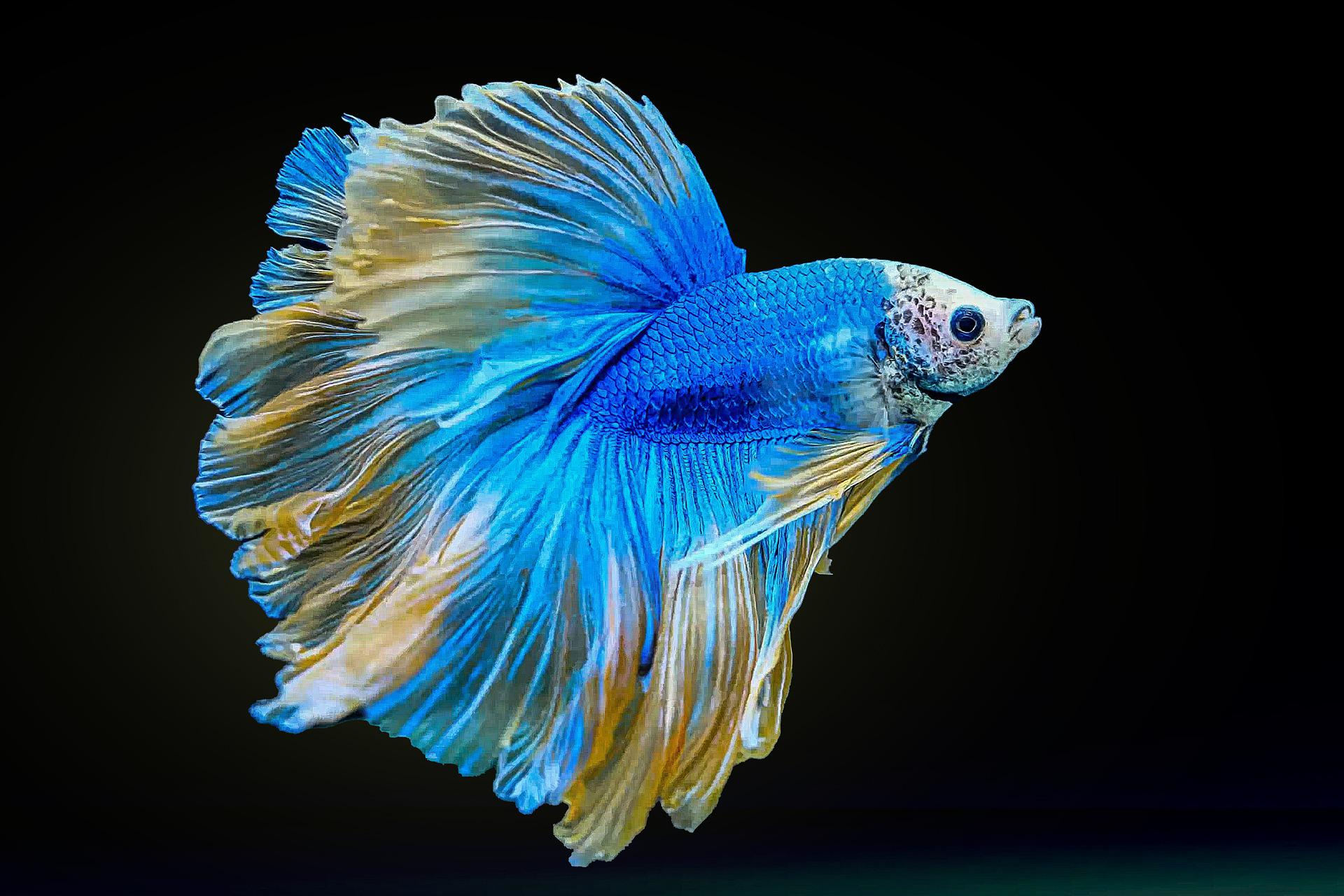 Betta splendens were first discovered in Southeast Asia in the Mekong river basin. They were found mainly in the rice paddies and over time they adapted to the stormy and draught-devastating floods, and common changes in the environment. They became a true anabantoids (labyrinth fish) so kind of a ray-finned freshwater fish distinguished by their possession of a lung-like organ (labyrinth organ), that enables them to breathe air. As a result, labyrinth fish can survive short time without water and breathe oxygen from the air as long as they keep being wet. This unusual ability makes them successfully survive in stagnant water with oxygen- poor conditions. So poor water quality is not a barrier for siamese fighting fish. Due to being the most popular fish the betta splendens occured in similar tropical areas, like Australia, Brazil, Southeast United States, Eastern Thailand. 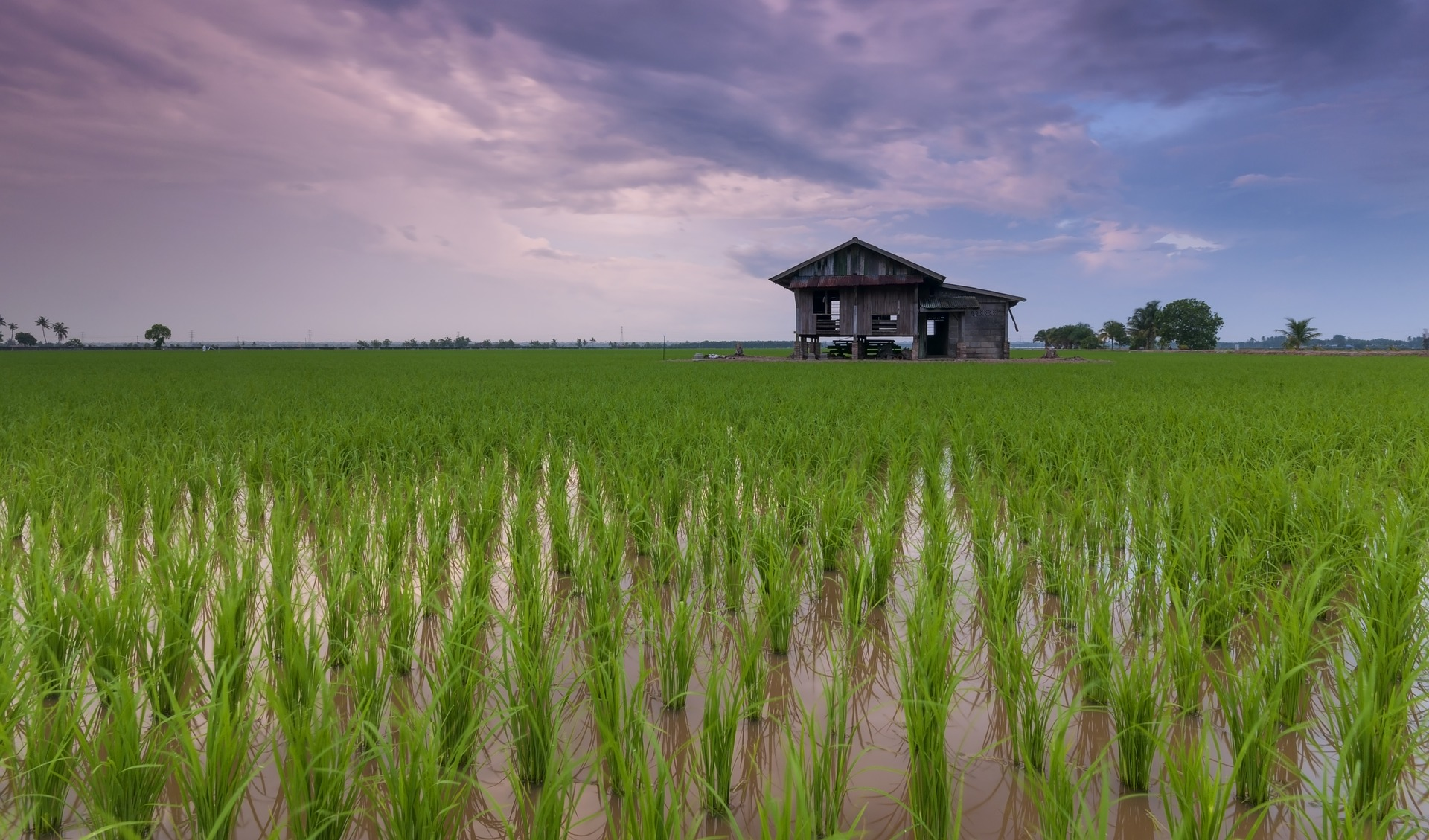 Over time, betta fish has developed a gripping reproductive strategy. If male betta fish is interested in female bettas, it flares its grills and spreads long fins. Some females react to that by darkening its color. Male bettas create bubble nest of various sizes at the surface of the water. This is commonly done, even without other fish in the same tank. The base of the bubble nest consists of the plants and rocks that break the surface of the water. After releasing all of the eggs, the male bettas fight off the female bettas from their territory because female siamese fighting fish often eat their eggs and the male betta splendens carry the fertilized eggs to the nest. If the female betta fish refuses to leave the space of her partner, she will be probably eaten. 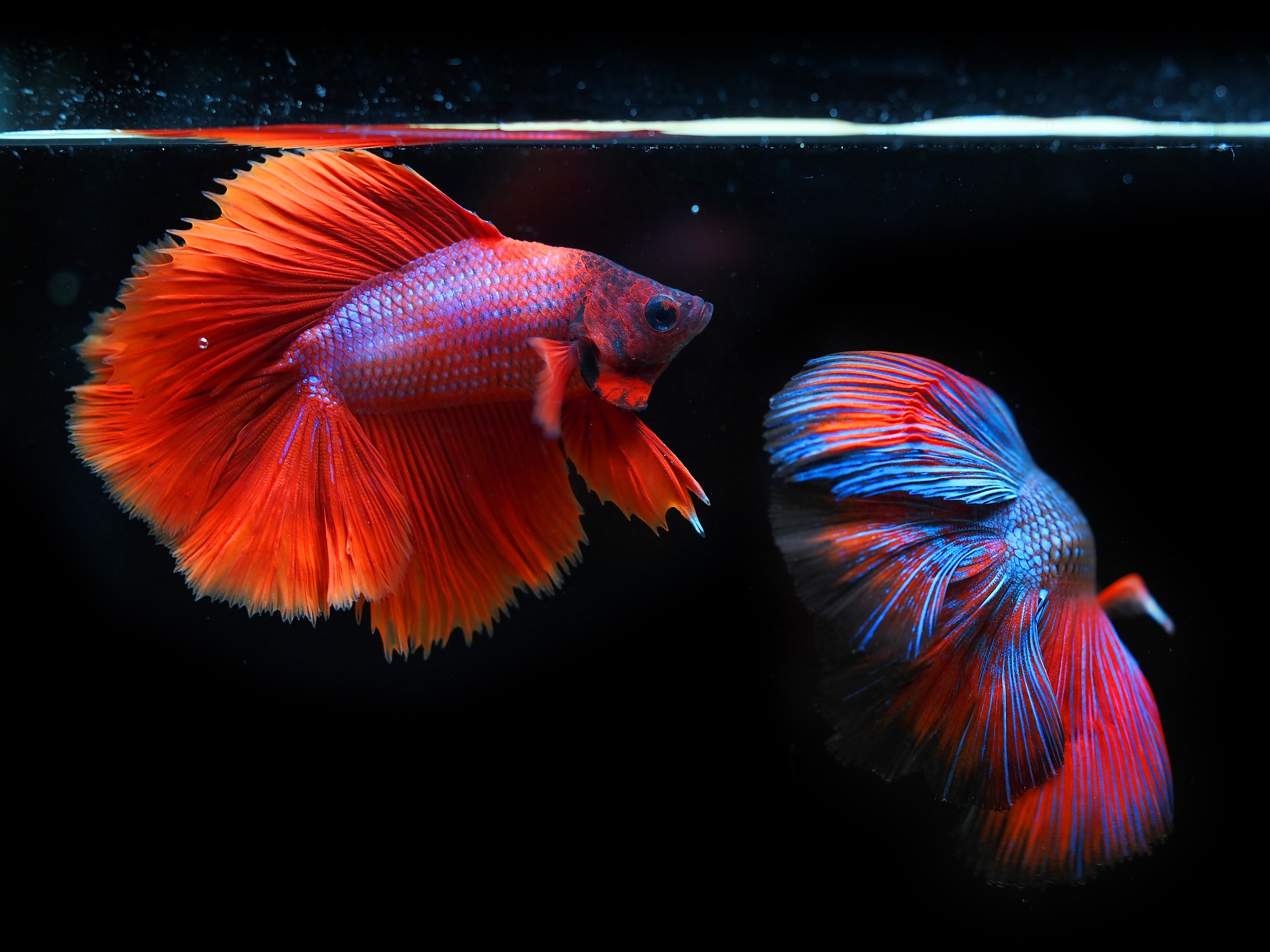 Betta fish keeping is definitely for someone who wants to start his adventure with aquatic hobby. That is not true that breeding bettas takes no effort but if you guarantee a proper care and rather stable conditions with frequent water changes, your betta fish will repay you with activeness and astonishing colors.

The absolute minimum for betta splendens is an aquarium that is 11 inches long and its capacity is not smaller than 5 gallons. Small 2-3 gallons tanks are used by experienced breeders and are hard to proceed to keep fish in an exemplary conditon. 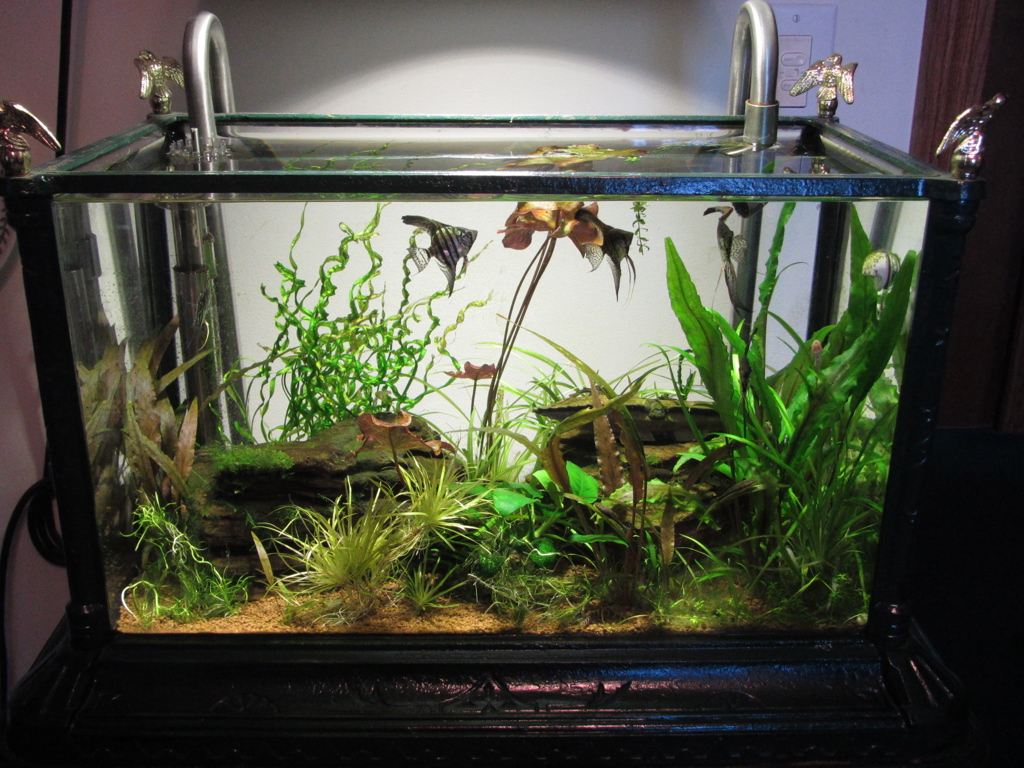 Is the filter system and a heater needed?

The answer for this question should be: it depends. Efficient aquarium filters supplies the tank in appropriately dissolved oxygen and keeps sufficient water quality so it definitely helps to carry on small-sized aquarium without algae and makes it possible to introduce other tank mates to our betta fish. An aquarium without filtration requires experience and knowledge of the biological processes that take place in the tank.

An aquarium heater with a thermostat helps to keep the optimal temperature in a tank that is set for siamese fighting fish on 80-84°F. Too low temperature i.g. room temperature 64-73°F may cause the betta fish to be lethargic and also the fish metabolism will slow down and it will refuse to eat. A fish will be constantly looking for a place to warm up (near the filter inlet). In a tank that always has too low temperature betta splendens will lie on its side at the bottom of the aquarium and as a result it may lead to infection, fin rot, other common diseases and overall health deterioration.

The only thing that is considered as a must-have is a cover over the aquarium that prevents the betta fish from jumping out. It is also helpful in terms of reducing the risk of any common diseases of our fish because the temperature of the air and water is different and let's remind that labyrinth fishes breathe by using atmospheric air so a huge amplitude could cause a malfunction of a labyrinth. The cover solves the problem. The air over the surface of water and under the cover is warmer. 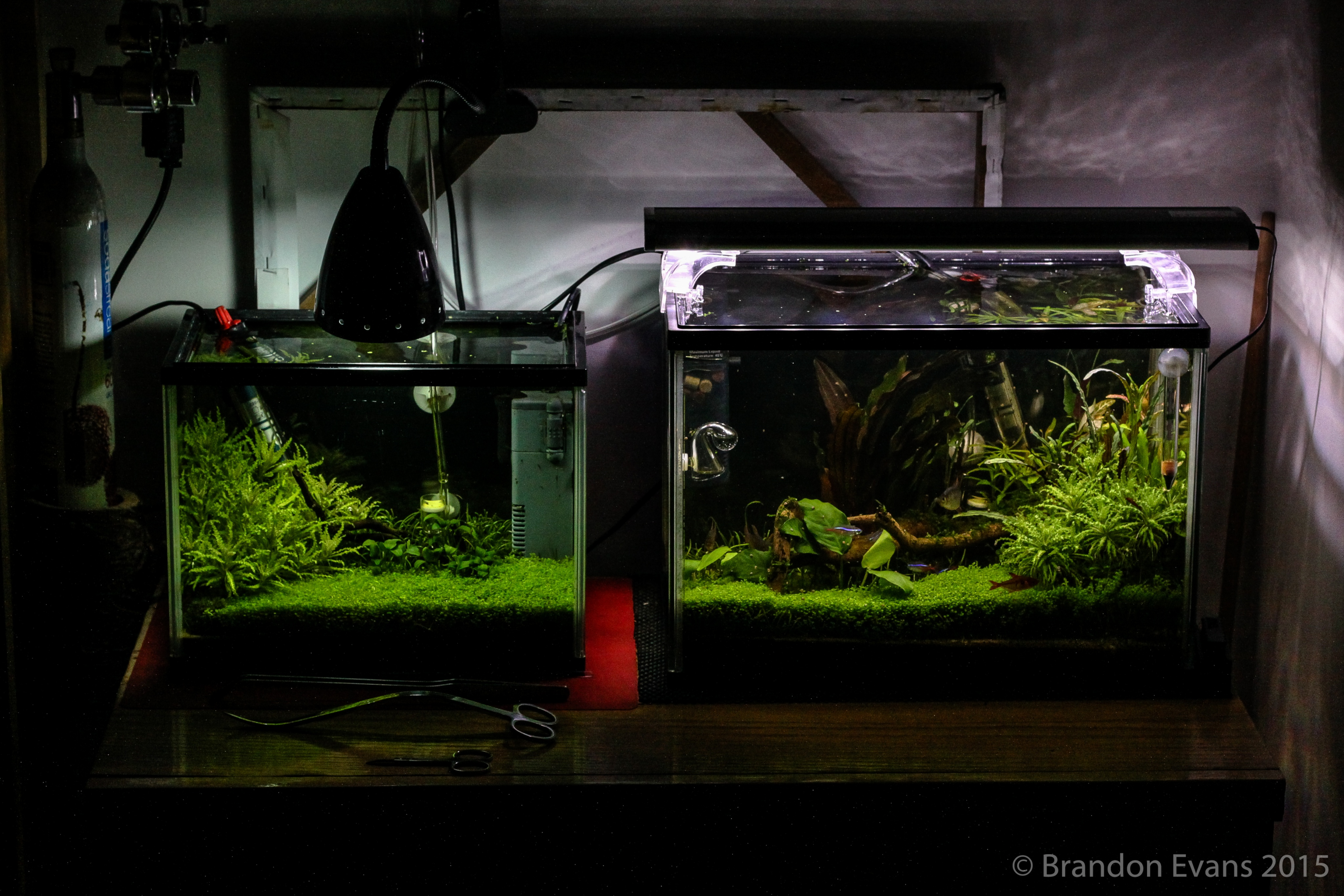 Is is possible to breed a betta fish and other fish together?

Opinions of an aggressive and dangerous siamese fighting fish are a little bit exaggerated. This is a fact that male bettas fight each other with fury and it may end up with death but the problem usually exists within a species. With other species that are the same size or bigger it should not be a problem. Betta splendens can scare other, smaller fish away and destroy their fins. If we posses a bigger tank i.g. 14 gallons the livestock that we may introduce to our betta fish are:

Betta fish have upturned mouths and they mainly feed close to the water's surface. Their diet consists of shrimps or daphnia. The simplest and probably the best way to feed betta fish is to let them eat pellets or flakes. This mix of food contains proteins, vitamins and minerals. The diet is important for those fish because it is connected with its colorfulness. There is also one thing that is worth pointing out: betta fish can't survive by only eating plants or roots growing in the tank.

Flashy colors, long fins that flow around them like ball dresses, determine this creature as a dignified underwater inhabitant. It does not correspond with its price that starts from 2$ at a flea market each and it is tempting to buy those gems as charming decorations. It is essential not to treat them only as an ornament but as a living animal that needs some attention and care. 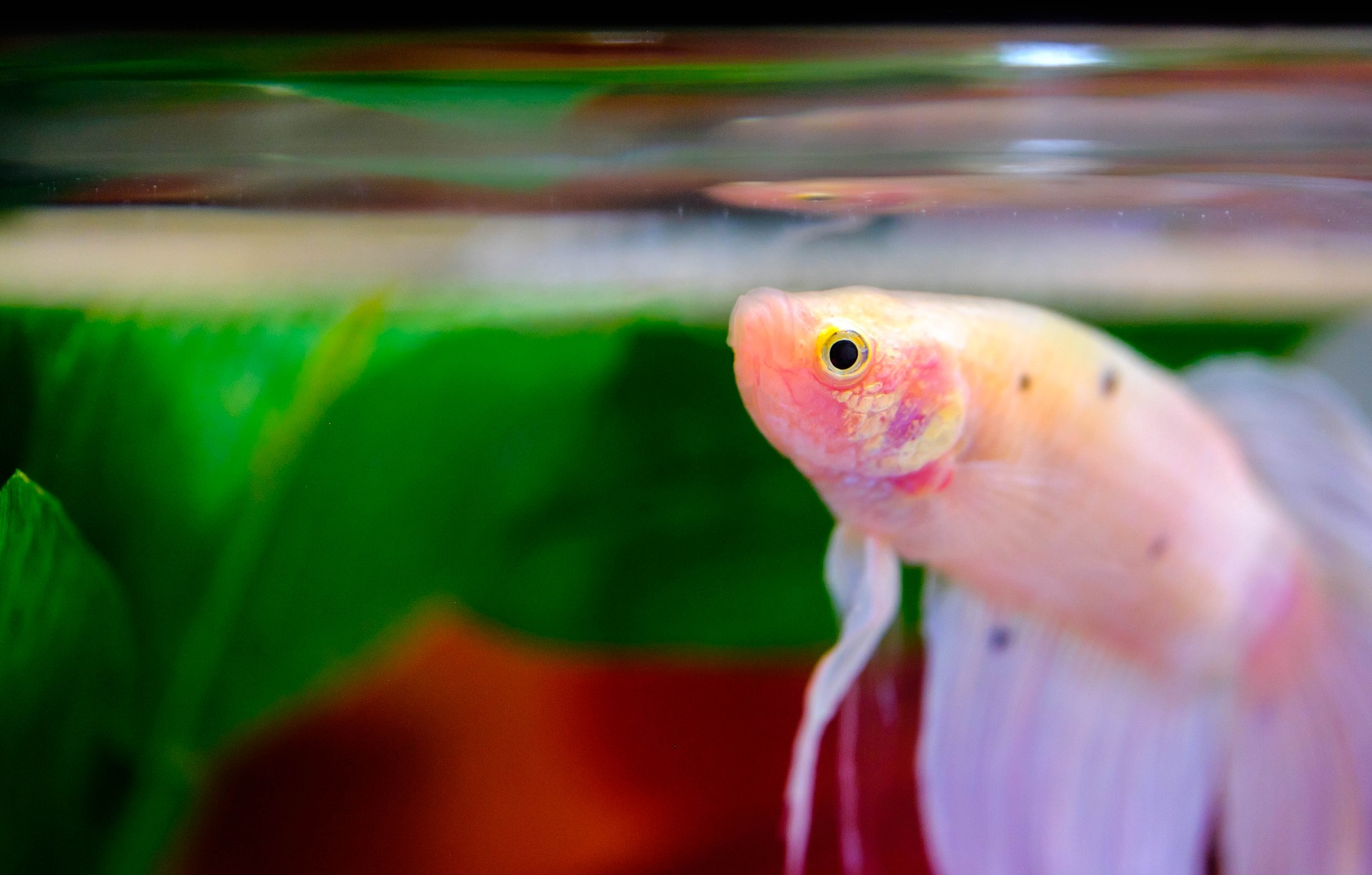