The concept of nano planted aquarium comes from Japan and we may compare it to a land hobby that is growing a bonsai- a 'nano' tree. Just like the bonsai, the planted tank should impress by the attention to details and evolve in time. The nano subject is very popular among aquascapers because you can start with this on a relatively low budget and admire a true work of art. You don't need many plants or a lot of soil and hardscape. 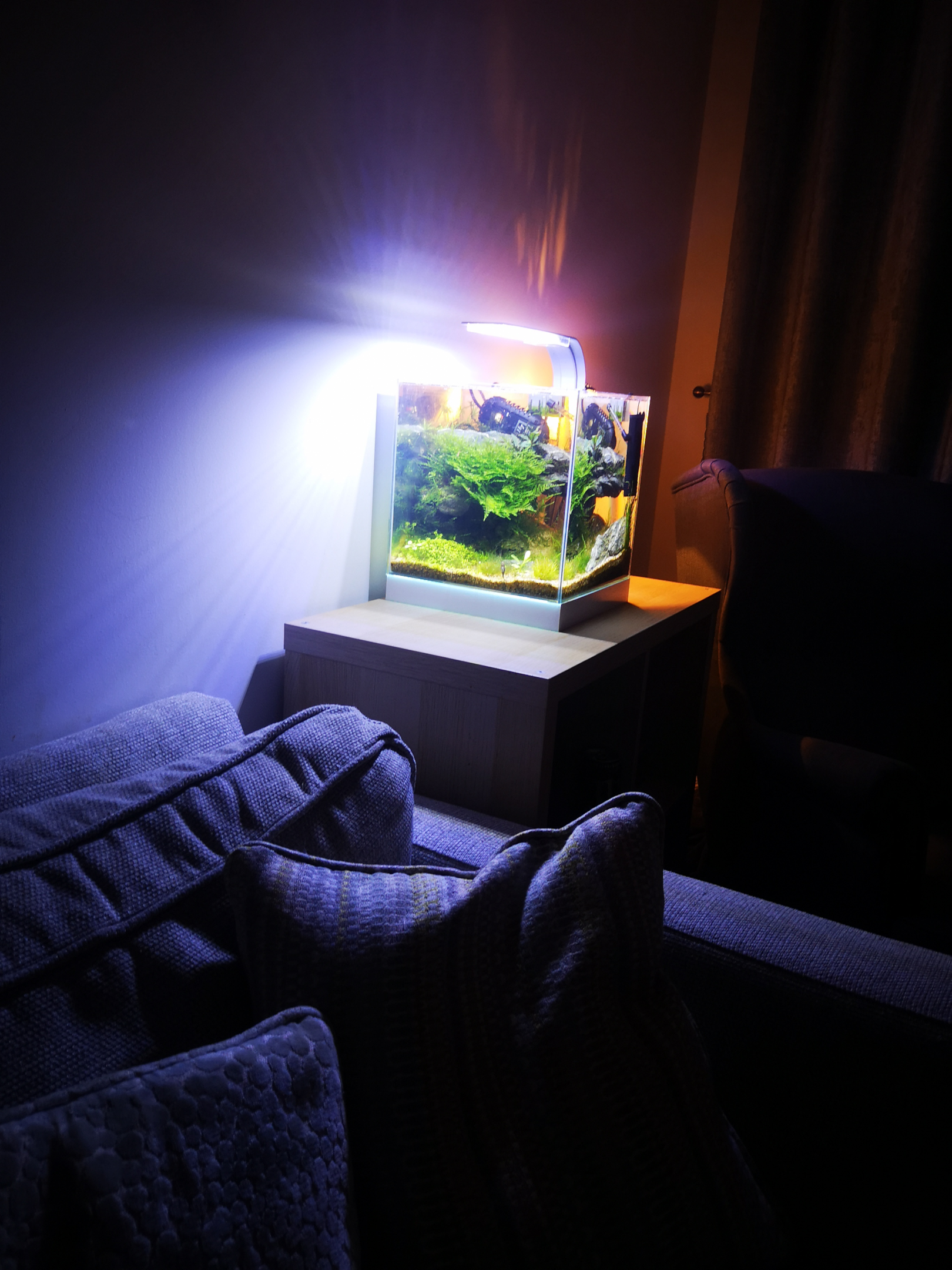 Which nano tanks will be suitable for you?

The term 'Nano Tank' refers to the small size of the aquarium so planted nano aquariums are nothing more than really tiny tanks. There are no rigid frames of how big should the tanks be. The most common aquariums are in shape of a cube with length that ranges usually from 8 to 12 inches so they can store from 2 to 8 gallons. If your planted nano aquarium is bigger or smaller or in shape of a cuboid, don't worry, you create your own idea and you are going to establish something suiting your needs.

What do we keep in nano aquariums?

The next feature, apart from the size that characterizes planted nano aquariums is that the tanks are composed in such a way that they form a perfect representation of the underwater landscapes on a micro scale. Of course the limited capacity gives some restrictions about the livestock that we may involve in the planted tank because most of the species need more space to live in. The most popular shape- cube, also doesn't facilitate the issue due to the fact that the majority of fish provide an active lifestyle and they don't have the possibility to 'speed up'. However, there are some fish species and other organisms and aquarium plants which will thrive in nano tanks. 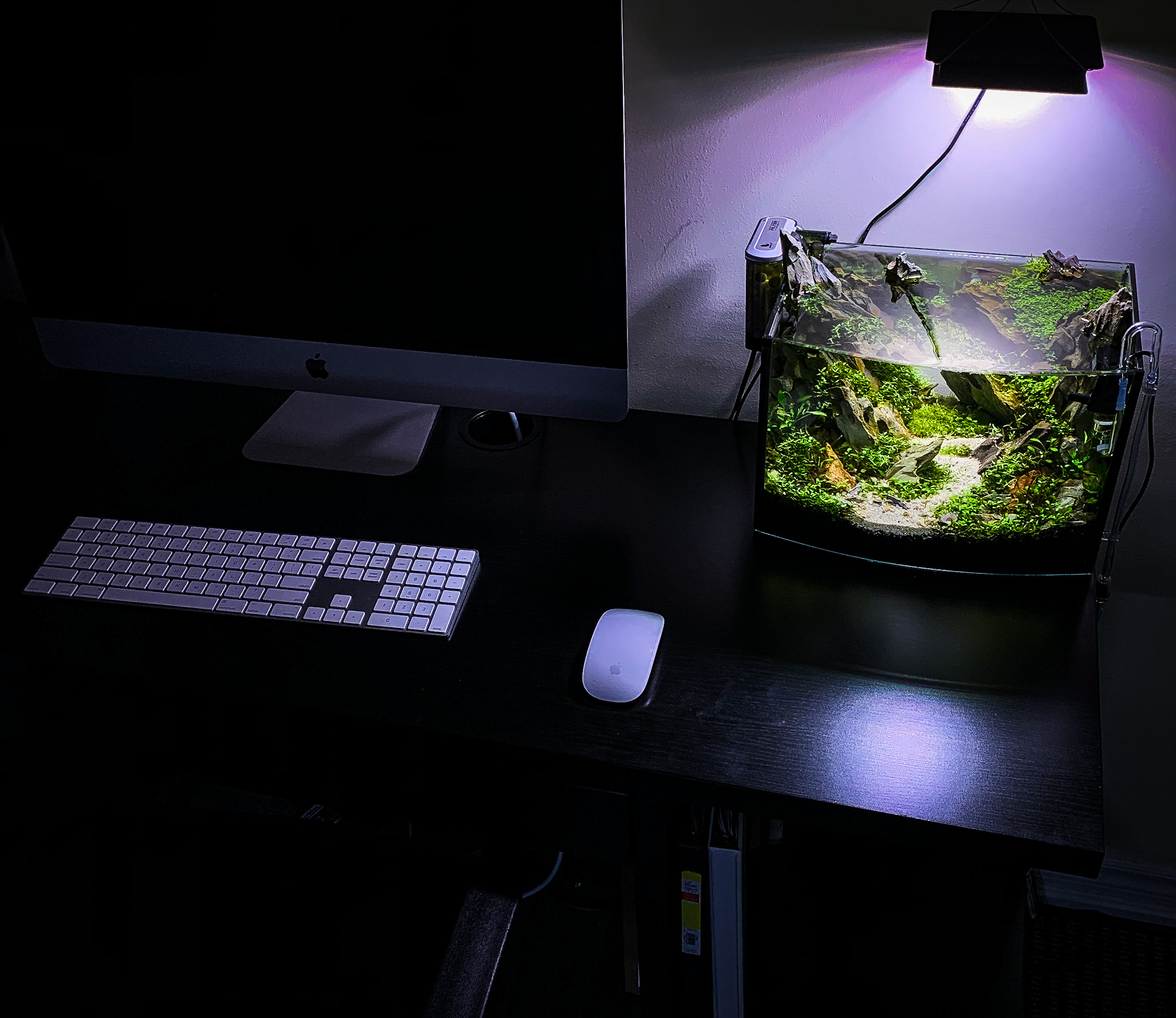 Examples of plants that we may keep in a nano aquarium.

Creating the planted nano tank is the safest and probably the easiest way to start an adventure. In a nano tank, there are many compact plant species that can easily adapt in this particular environment, for example:

Examples of animals that fit perfectly in a planted nano tank.

Shrimp tanks have been very popular for many years now and the shrimp themselves are the most frequently chosen organisms for nano aquariums. Shrimp feel well in a cube aquarium or even in any kind of a jar. Many of them are not hard to breed but they require crystal clear water. Because of that, the filter system is needed to enhance the quality of the water and you have to change it at least twice a week. They mainly eat algae from the aquarium. The environment that contains a lot of plants is suitable for them. The shrimp that ideally find their place in a nano tank, up to maximum length of 1.5 inch are inter alia: cardina japonica, neocardinia heteropoda, cherry shrimp, cardina graciliostris. 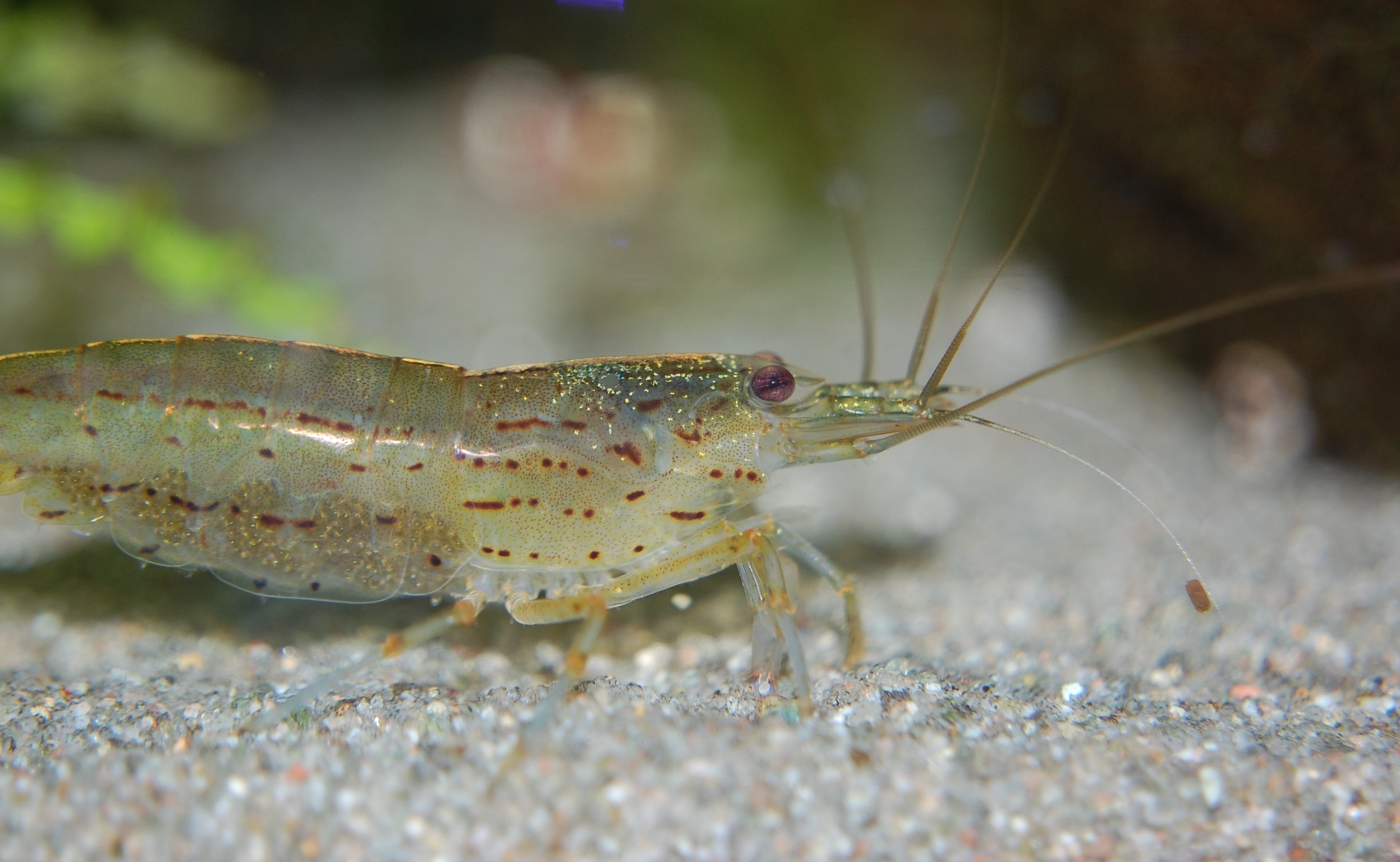 Snails are a good choice for a nano aquariums for people that are busy but want to start their new hobby. To understand the nature of snails it is crucial to know that they feed practically on their own, do not need to have the highest standards of water clarity. Unluckily, they often eat plants and it results in destroying precise aquascaping and without natural enemies, they multiply very quickly.

There is also one obligatory thing- tight cover over the aquarium. In a nano tank, it works best to have small types of snails with fancy shells like i.g.: melanoides tuberculatus, apple snail, ivory snail, ramshorn snail, gold inca snail. 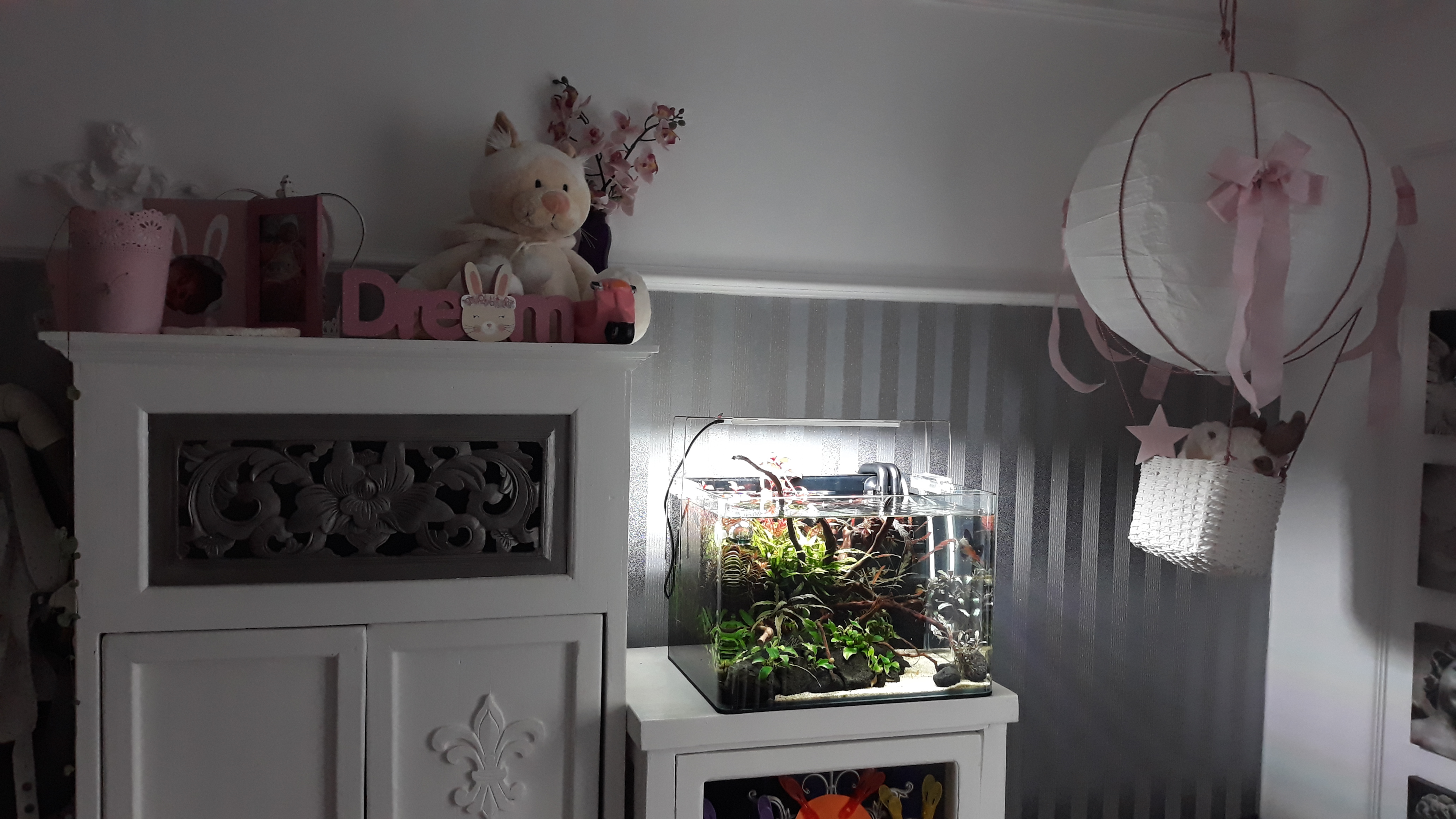 They are rarely bred in traditional aquariums and due to the low dynamics of life they are rather treated as an element of decoration than a living animal. But in case of a nano aquarium, the shells can be visible and in the proper place displayed and become the main attraction of a nano tank. Clams eat the food filtered from the water. In case of a very clean tank, they may starve, so you may use liquid food for shrimps. There are many species of clams that can be presented in a nano tank, for example: corbicula javanicus or crocea.

Last but not least, fish are the creatures that many people want to see in their nano tanks. Of course it's not the ideal environment for fish, because of their nature. Trying to understand it, they usually need more space to live in. Obviously there are some kinds of fish, which will do well in a nano aquarium and live to a ripe old age but it's difficult to call those conditions perfect. It's always better to put your fish in a too big aquarium than in the one that has not enough room to swim. To break some stereotypes the second issue is that nano tank does not mean 'nano work' that you have to put in the aquarium. Some of the fish react drastically to the change of conditions of water, temperature or light. They do not have superpower to adjust for everything. Sometimes the heater will be needed to keep stable conditions, sometimes not. Those are the example of fish that will find their place in a nano tank: poecilia wingei, corydoras habrosus, clown killifish, chili rasbora, pygmy corydoras, panda guppy, green neon tetra.

Is a planted nano aquarium for you?

To answer this question we have to figure out a few things. Although seemingly, a concept of a nano tank sounds simpler than a 'real' aquarium- it's exactly the opposite. A little amount of any liquid heats up or cools down faster, it contaminates easily and even a small change of equipment or the entrance of a new resident may cause terrible consequences. If we plan to have a real planted nano tank, not only a tiny version of an aquarium, you are going to have to take into account a lot of work on aesthetics. The continuous formation of the underwater landscape requires a lot of patience and precision. So? Is it for you?