Snails are often accused of being pests because in the garden they usually eat lettuce and other vegetables. Of course there are some types of aquarium snails that are pest snails and will eat live plants but there is also a wide range of snails that are introduced intentionally. Those types of snails will eat algae, organic debris and leave your plants alone. They will be beneficial to the overall ecosystem in your aquarium and also will be attractive to watch. 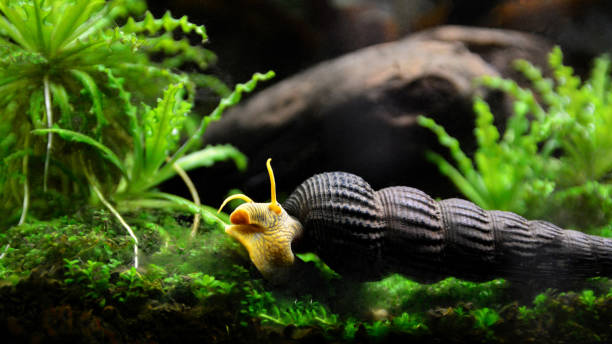 Unfortunately, there are species that will reproduce really rapidly and such a big snail population will easily overtake your freshwater aquarium. In this article we are going to choose something that suits your needs and debunk some myths.

First of all, we need to tell aquarium snails apart. Many hobbyist say that 'bad snails' i.g. pond snails are those who enter our freshwater aquariums as an invader. You would ask how does it happen? Hopefully, you don't have fake friends that flip over any snail eggs to your fish tank, do you? 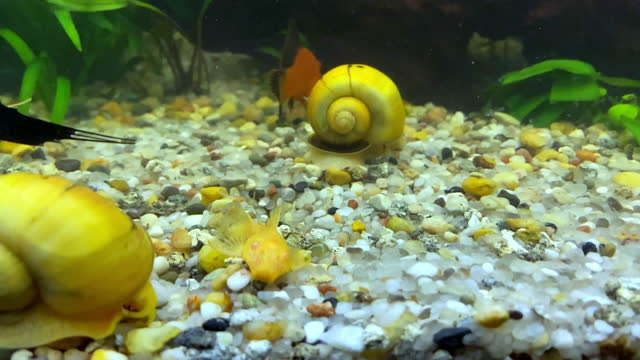 These freshwater aquarium snails sneak into the aquarium on live plants, rocks, ornaments that we purchase from the pet store. Their eggs can literally catch a ride on basically anything. They tend to multiply quickly and this is the exact reason why these types of snails are considered as 'bad snails' if unchecked. Also Malaysian trumpet snails or ramshorn snails are called nuisance snails and are prone to reproduce like mad. Tens or hundreds of these creatures may be quite frustrating. Try to avoid introducing nuisance snails to your aquarium because they can be almost impossible to remove from a fish tank. There are some ways to do it. And the irony is that to deal with huge snail population you may introduce a species that eats other snails like i.g assassin snails. More about that is described below. 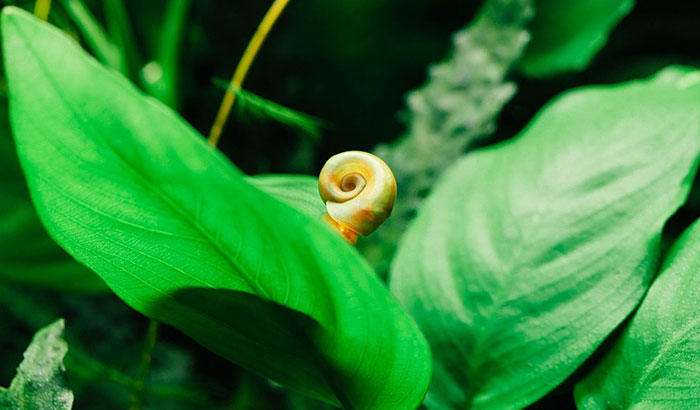 On the contrary, 'good snails' make our aquarium look amazing and interesting. Freshwater snails like rabbit snails, assassin snails, inca snails are considered as 'good snails' because of their lower reproduction rate and unusual appearance. They are also a big advantage to the planted aquarium because they have some unique features that help to keep the tank clean. 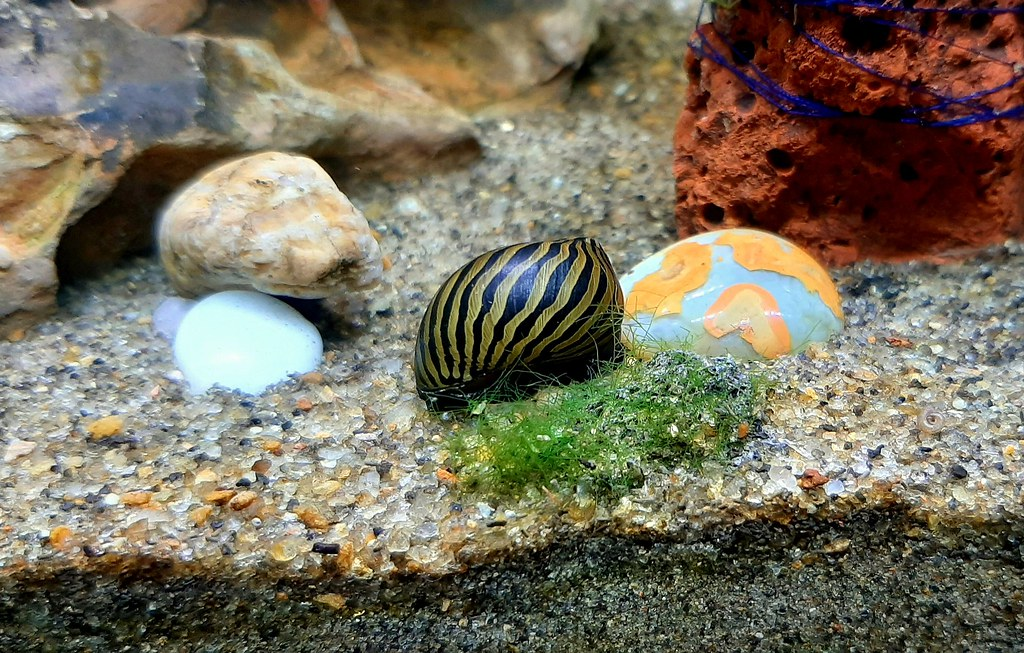 Below you are going to find short descriptions of particular freshwater aquarium snails. It will help you to choose the best option for you and which one to avoid.

These aquarium snails are algae eaters but they also eat uneaten fish food, dead plant matter that land on the bottom. Nerite snails do not eat live plants and what's interesting their waste contains beneficial bacteria to the digestive system of shrimp. The conclusion is simple- the nerite snail- a perfect freshwater snail for planted aquarium with shrimp in it. And what's important, small larvae of this snail need saltwater to grow so the chance of overrunning the aquarium by them is rather low.

As it was mentioned before, they have become popular because of its special super power that enables them to eat other snails. They are a natural method to reduce or even completely eliminate nuisance snail populations. They usually reach 1 inch in length and have wonderful yellowish and dark brown shell. Another killer feature (in case of snails of course) is that the reproduction takes time. Female snails lay only 1 to 4 eggs at once so the colony won't outbreak drastically. 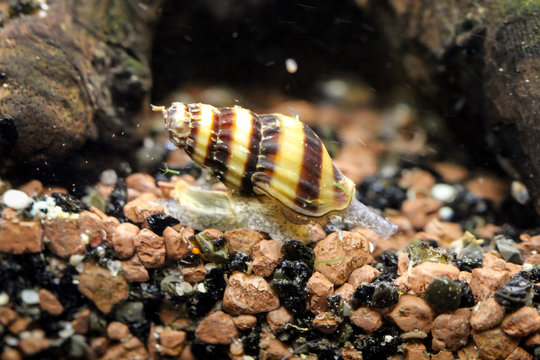 In this case, opinions are divided, some aquascapers use them to keep tanks clean while others find them as a pest that should not reach the fish tank at any time. Ramshorn snails are excellent algae eaters. They also get rid of dead plant matter and leftover fish food.

And now some disadvantages of purchasing these aquarium snails. When there is not enough food for them, they are going to eat soft leaves. And another con is that they multiply as fast as possible. They are really hardy organisms, asexual reproduction is possible (they are both male and female sex) and they sexually mature after about 45 days and live up to one year.

Let's solve the equation. If we add all of this together we receive an enormous snail population. And the second thing, if the number of snails increases rapidly, there also should be more food. If not... read the sentence about eating live plants. And if there is enough food for them, they reproduce again and again. This cycle never ends and an invasion is coming. 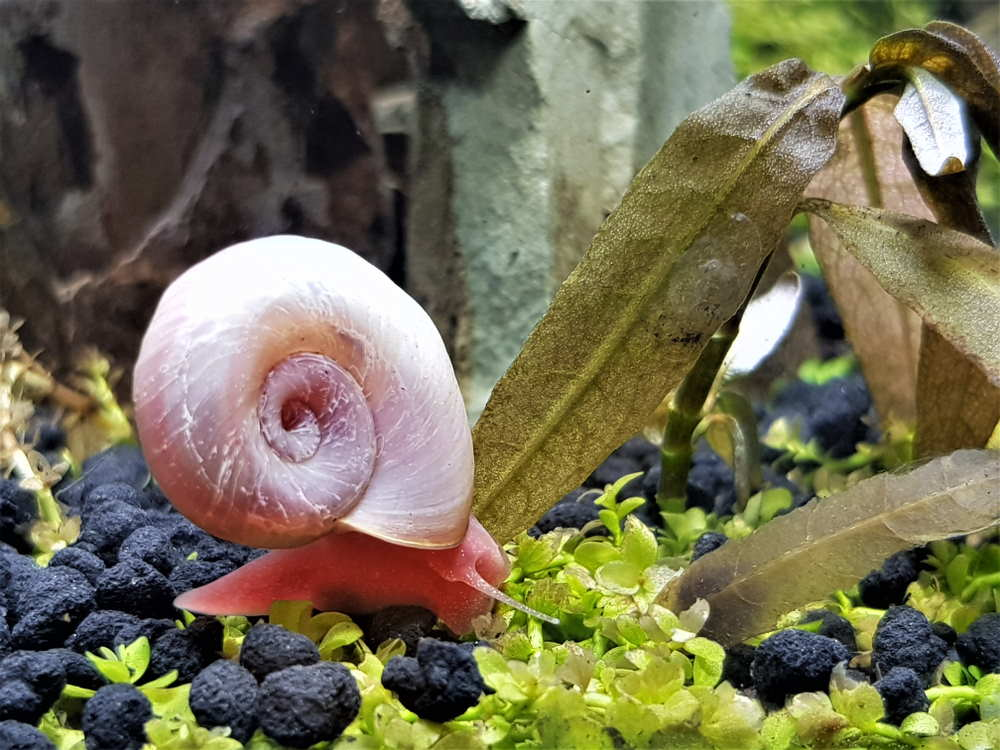 Another example of freshwater aquarium snails that can easily get out of control. When it comes multiplying, these trumpet snails have few rivals. They are fantastic scavengers for a planted aquarium and they will no eat your plants, like ramshorn snails do but there could be a competition between those two of how big the snail population can be.

One of the most common species among aquarium snails also know as mystery snails. They are quite big because fully mature apple snails can reach 6 inches. They are good algae eating snails. Keeping this snail species in a freshwater tank is easy but to prevent them from nibbling at plants you should supplement their diet with algae wafers. 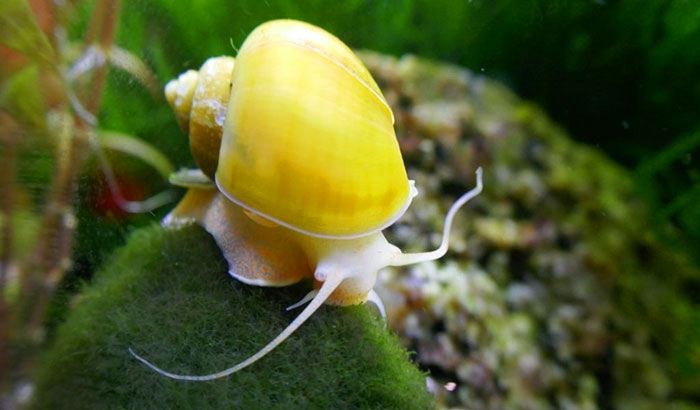 What is important while having aquarium snails?

If you want to control their population you should:

Be careful with all that, because if your aquarium snails have been living in your tank for a long time a massive dying of snails can over-burden your filter and cause ammonia and nitrite spikes. 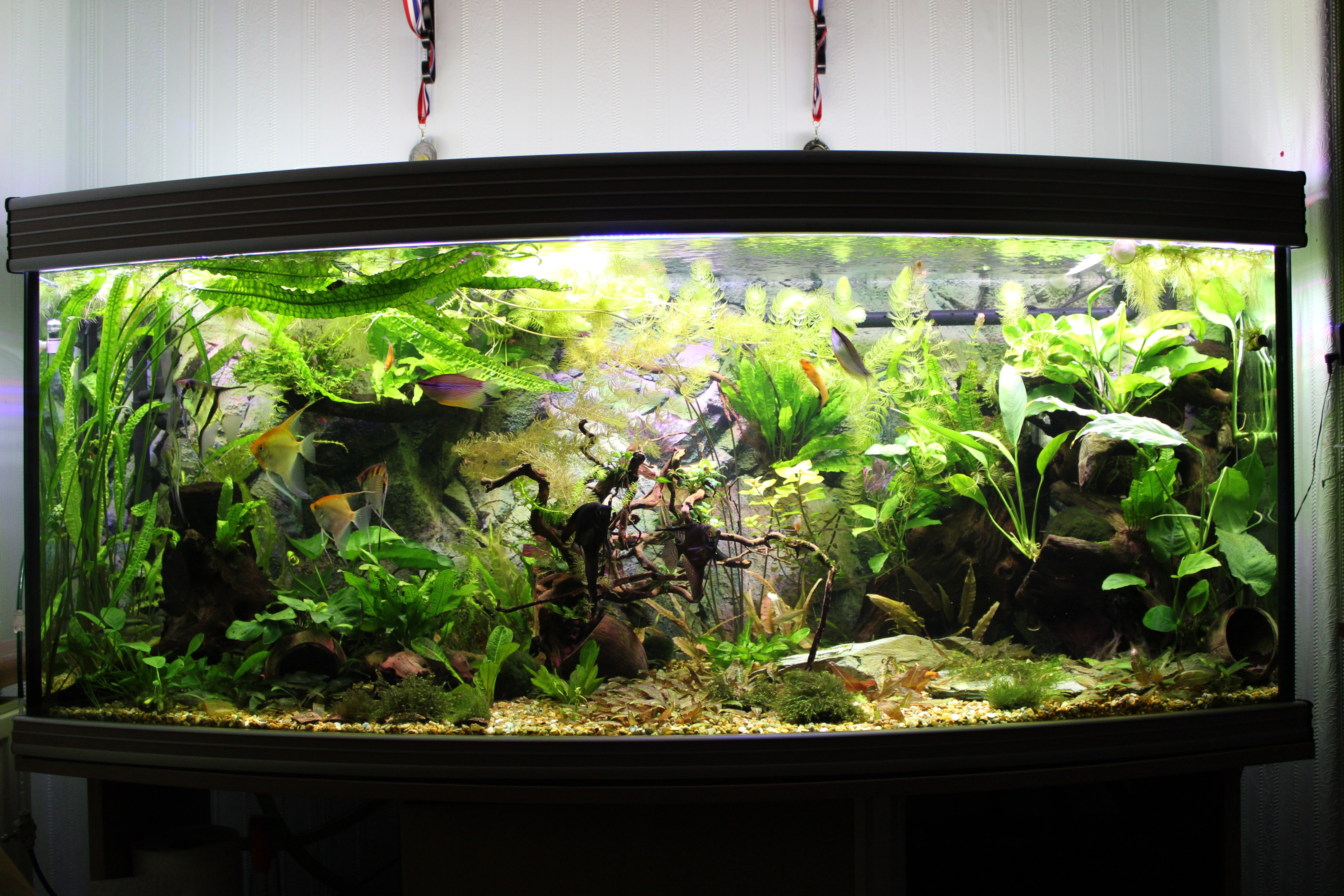 Snails can be an outstanding addition to our freshwater tanks. This natural method of removing the leftover food is easier and more efficient than doing this manually. If you consider owning one, make sure you know how to take care of them. It does not mean that they are hard to keep. It is the complete opposite. They can live in almost everywhere and this can become a problem. Giving them too much food can lead into a breakout that is difficult to stop. Be careful with them. Remember to get a lid to your tank. Some aquarium snails tend to leave their home, you don't want to find them among your clothes. 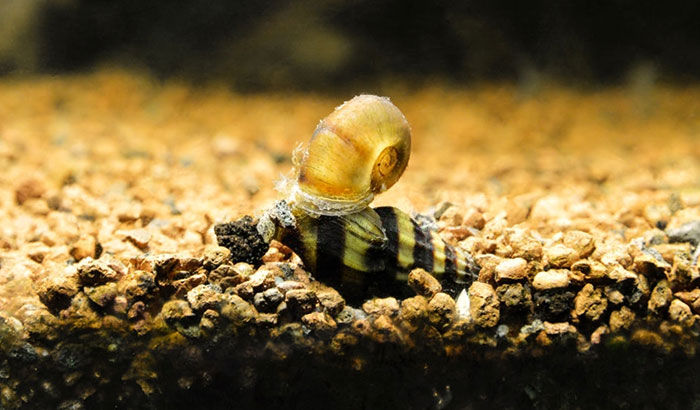