At the very beginning, we have to admit that this clickbait title is only half-true. To be honest, among the aquarium species, there are no true freshwater eels (with one exception). There is only one order of fish that are classified as freshwater eels. Each one of these freshwater aquarium eels that will be presented below is as much an eel as a freshwater shark is a shark. 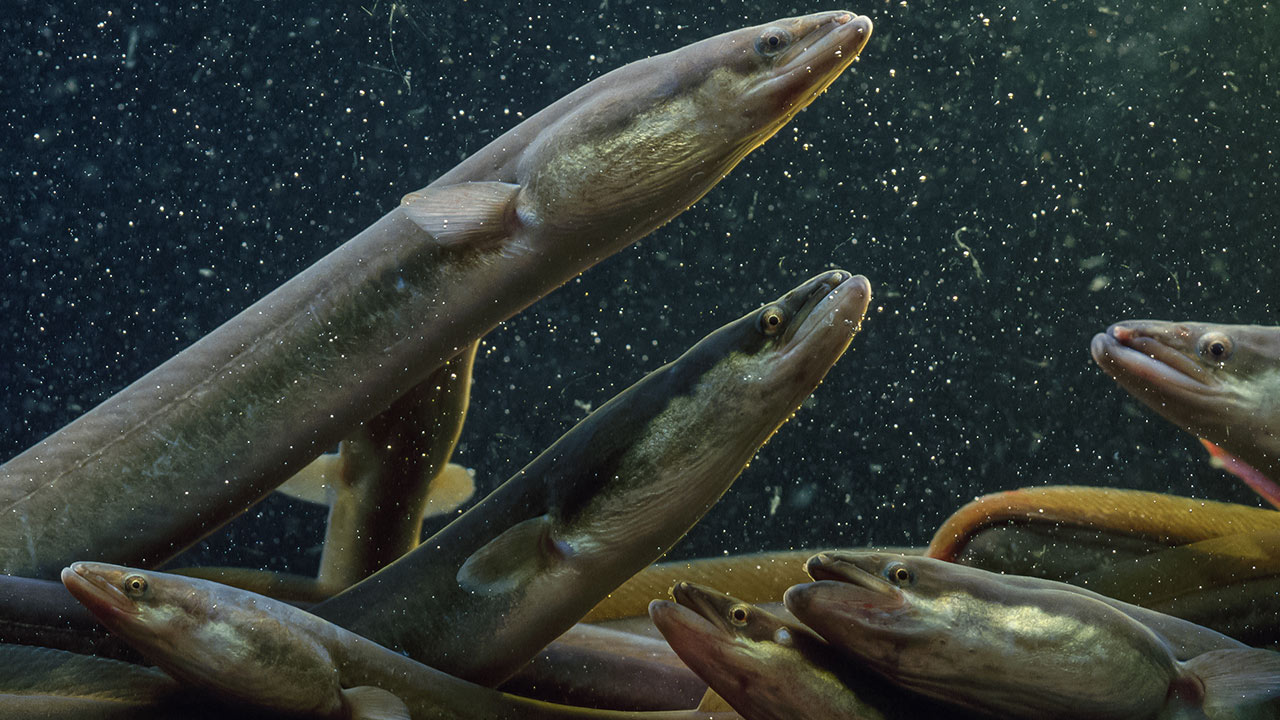 True eels never spend their entire life in the fresh water. Instead they are born in the ocean, then they live in freshwater rivers and lakes and after many, many years they return to the ocean for spawning. Some species just mix their salt- and freshwater lifestyle. For the purposes of this article, whenever it is written about freshwater aquarium eels it means that even if they live most of their lives in the freshwater, in the natural environment they would provide more complex lifestyle and migrate to salt water to spawn.

As a matter of fact, freshwater aquarium eels have pretty much in common with true species of eel- unique and popular eel-like shape and similar bottom dwelling habits. 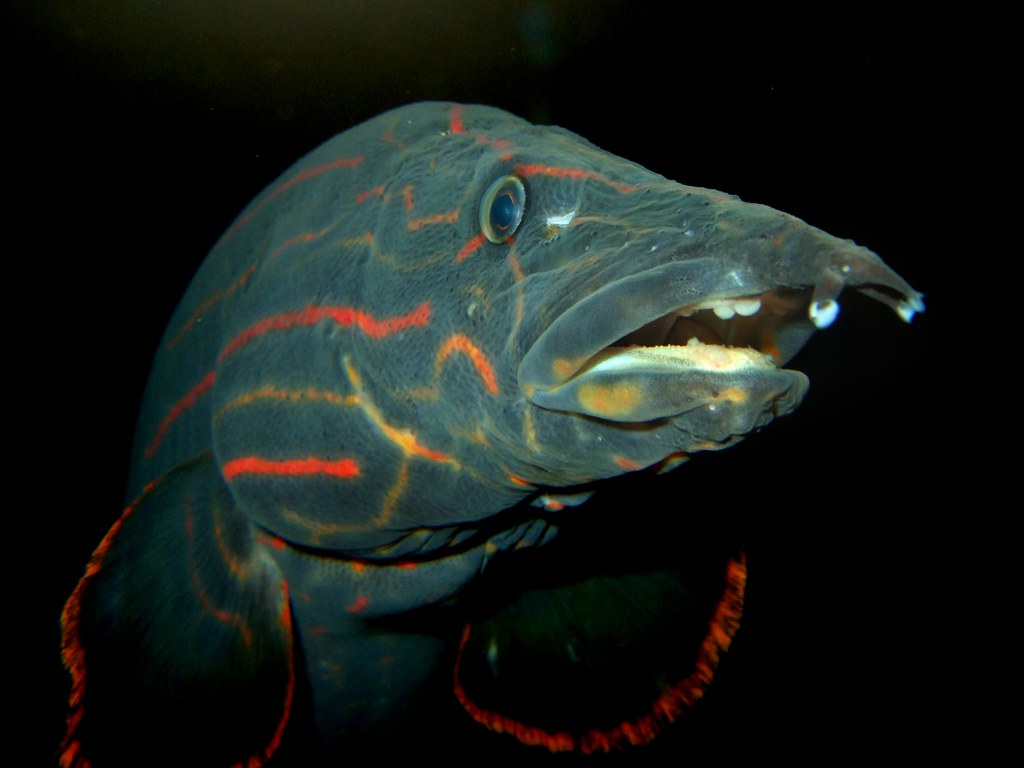 Before we get to the description of freshwater aquarium eels, there are some fun facts about the true eels that can not be omitted:

Types of freshwater eels which can be kept in the aquarium

These are examples of freshwater eel species:

Let's start with the most popular eel of all time. Or not eel at all? This information will probably confuse many people but electric eels technically are not eels. It is a species of nocturnal eels that are more closely related to carp and catfish. Shocking right? But electric eels have ell-like body and they are definitely electric. 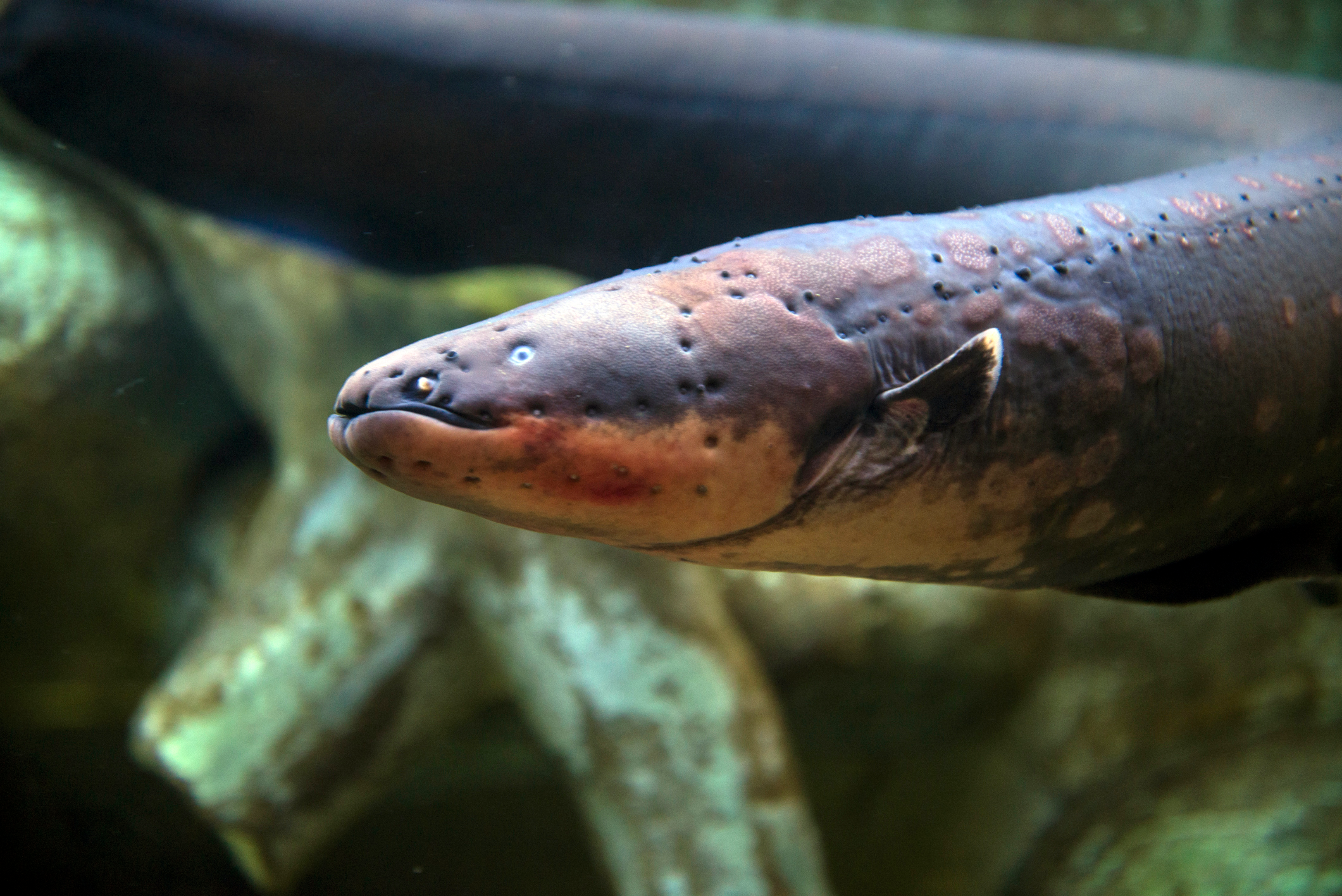 And for God's sake, triple no to keep this electric eel in captivity unless you are top-level specialist. There are many reasons why keeping freshwater eels like this is such a terrible idea: 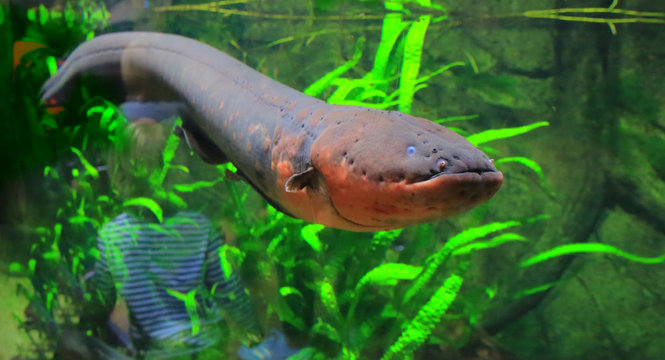 This species of all the spiny eels is the smallest in the family. The maximum size of half banded spiny eel is 8 inches. This is the choice for smaller tanks and in opposite to the electric eels, half banded spiny eels are friendly and rather peaceful. The only problem with them can happen in case of keeping live plants. They will probably root them out, just for fun. What an adorable pet!

A tight cover is crucial while having the half banded spiny eel because they like to explore the world, even beyond the tank. Feed them with brine shrimp or other rich in protein food.

However, these freshwater eels are not recommended for beginners because they are quite sensitive to water temperature and parameters swings.

Fire eels are the largest of the spiny eels family. They grow 40 inches in length. They are quite hardy fish and the only difficulty is its size because they do not fight with other tank mates unless they fit their mouths... Small fish species will not stand a chance. They can become aggressive towards its own species. It is best to keep only one individual.

Make sure you provide them thick gravel layer. This spiny eel likes darker aquarium with floating plants and places to hide.

The cute thing about them is that fire eels can recognize their owners and they eat off the hand. 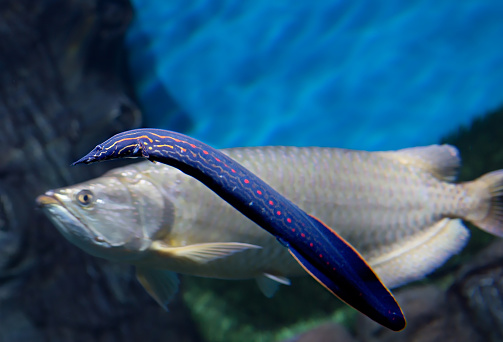 These freshwater aquarium eels should be chosen if you have experience with keeping fish. Tire track eels are solitary pets and are most active at night. During the day they prefer to hide in caves and bury themselves in fine sand. They can grow up to 26 inches in length.

They are true predators and will try to eat smaller fish. As an zig zag eel are semi-aggressive fish, the same temperament of other tank mates is recommended.

Another example of freshwater aquarium eels that is only for experts. This monster can reach 45 inches in length or sometimes more. They have abnormally strong jaws, which are helpful to attack, bite and kill even larger fish species. The strange thing about the Asian swamp eels is that the tendency to aggression appears more visibly in juveniles. As an adult, the asian swamp eel becomes more lethargic. 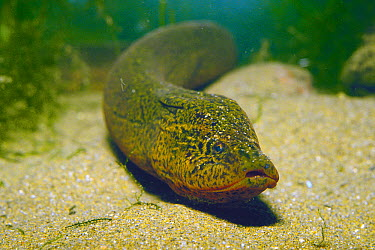 This is the one exception that was mentioned at the beginning. The purple spaghetti eel is the only true eel in this article that can be kept in the aquarium. This rare freshwater eel is a brackish water fish that’s simply tolerant to freshwater. It grows over 17 inches in length and has its name because of long and thin body- spaghetti-like.

However, it is such a rare species of eel that it is only mentioned as an interesting fact. It is rarely found in the aquarium trade and the prices can reach really expensive levels.

Also know as the Siamese spiny eel or the striped peacock eel. This is a freshwater eel that is one of the best choices for beginners among eels. They reach a maximum size of around 12 inches in length. Therefore, the peacock eel will thrive in 40-50 gallon tanks.

It is a perfect fish for community tanks. In this case, as long as peacock eels are kept with similar sized tank mates, you will probably not see any wars.

Most freshwater aquarium eels are eel like fish species. They are usually just elongated fish that come in a variety of sizes, colors and temperaments.

Nevertheless, if you decide to purchase a freshwater eel, it will be a great addition to your tank. These creatures look amazing and can become a main attraction of your aquarium. 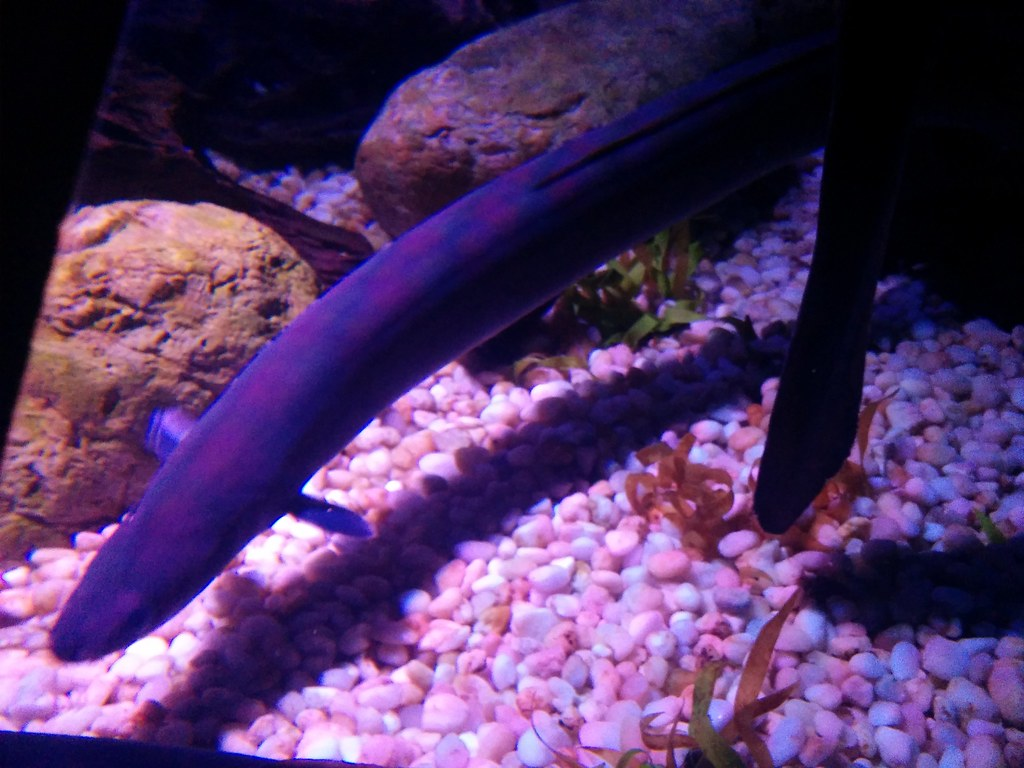